Perhaps an odd project for my site but with some friends we visited the Chernobyl exclusion zone, small town of Zalyssa, city of Pripyat (Get out of here Stalker), Chernobyl (Vladimir Ilyich Lenin) nuclear power plant and Duga 3 Over The Horizon (OTH) Radar installation receiver.

Alongside a certified dosis meter (Ecotest Terra-P) and my own custom build Arduino Geiger Counter kit with GPS location and date-time logging we explored the zone.

Like for many people Chernobyl has certain lure to it and it's surrounding, that is a must see location on how technology can turn out horrible and destroy a vast area.
Luckily thanks to the sacrifice of many people from different parts of the world the zone is very slowly recovering, though this will take ages.

The zone has an eerie beauty to it, nature is reclaiming the zone ever so gradually, wildlife and dogs are flourishing.

There is even a good cause active for the "Dogs of Chernobyl" for those who are interested.
Though I believe there is a local Ukrainian cause as well, unfortunately I haven't found it.

When we visited the exclusion zone we had utmost respect for those who died there, during and after the incident. Those who fought the invisible enemy. Those who lost their homes and had to relocate. 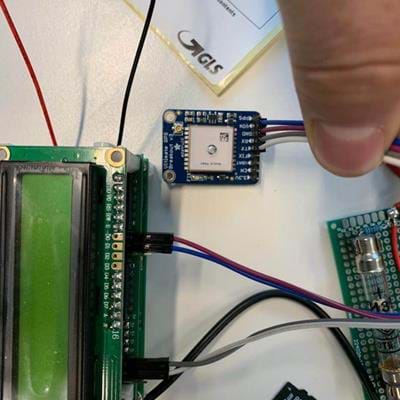 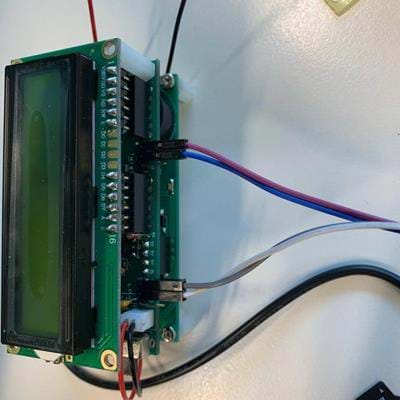 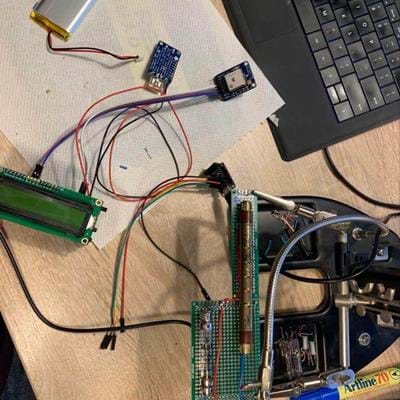 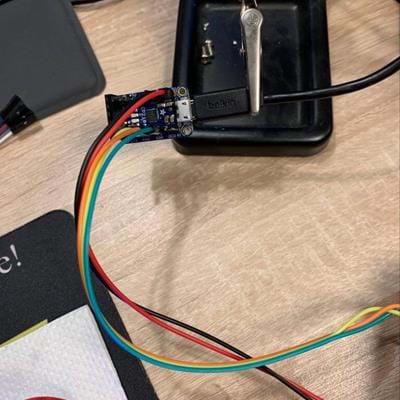 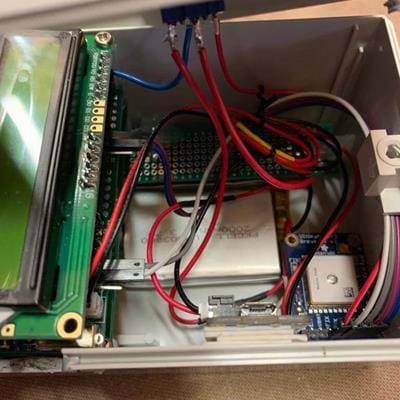 Behind the LCD screen rests the onboard Arduino with controls and logging capability. Instead of using the build in power supply the SBM-20 and SI-3BG tubes a powered by the High voltage driver to supply a more steady TTL signal which feeds back into the controller.

To do so the creator of the board helped me with bypassing the needed components to directly feed it into an 2N3904 transistor which connects to INT0 of the Arduino.

Each count logs the GPS location (NMEA format), date, CPM and total absorbed amount (in uSV) to the SD card.

The end result is this neat box which fitted in my camera bag perfectly and worked like a charm, measurement against the dosis meter was a bit different. The counting was a bit slower, though the results were very similar!

Future projects are a 3D printed case and a roof mounted GM utilizing an SI-22G that logs radiation for my region for the whole year. 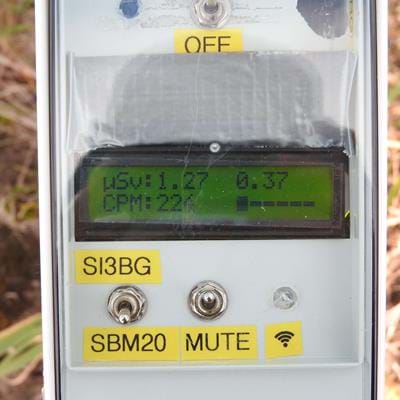 Below you can find an interactive map that display each logging point with the CPM listed. On it you will see the route we took and which was the highest. The red forest had the highest counts as this area had the biggest hit of fallout during the incident.

Map with radiation in counts per minute (CPM) and GPS route:

The median was 41,5 CPMs or 0,23655 uSV/HR for the whole time we were there.
Highest counts occurred around the plant and the beginning of the red forest.

While we walked around the zone, the first thing you notice is the silence, we didn't hear many birds, the day when we visited it also rained a bit in the morning which gave the tour an even more eerie feeling. Though wildlife is returning to the zone. The saddest part was to see litter in the zone from other visitors...